Thomas Austin is infamous throughout Australia. Not an outlaw in the mould of Ned Kelly, nor a bodyline bowling cricketer under the visiting Douglas Jardine, instead Austin is remembered for one of the greatest ecological disasters to hit the antipodean continent, the introduction of rabbits. Austin was a first-generation British migrant, who settled in the new continent in the mid-19th Century. His unfortunate legacy was cemented on Christmas Day 1859, when he released 24 non-native rabbits for hunting onto his Victoria estate. With no natural predators and plenty of food, the population grew rapidly. Only eight years later, the descendants of these rabbits provided a hunting party with a haul of 14,000 on his estate, and by 1898 the Australian rabbit population was estimated at 300 million as the population grew.  The raw power of exponential growth has awesome consequences.

In investment, exponential growth is referred to by another name, “compounding”. As with the Australian rabbits, many would scarcely believe the consequences of compounding an initial investment until the mathematics are laid bare. A single pound invested at an annual return of 8% will double in nine years, quadruple in eighteen and increase eight-fold in twenty-seven. An investor that can achieve consistently high returns will reap rewards over time, but the challenge is not just in finding the rates of return but maintaining them.

One of the best opportunities to achieve consistent high returns is by investing in equities. Goldman Sachs estimate that the 10-year returns on US equities have averaged 9.2% over the past 140 years. This may seem encouraging, but forecasts for the next ten years are decidedly weaker, with mid-single digits a common expectation. So how can investors counter lower returns and keep the compounding wheel spinning? The past decade gives plenty of examples of outperformance. Microsoft has produced an annual total return to investors of 28%, Mastercard 31%, and LVMH 22%. In a lower return environment, companies which can sustain the higher compounding of past years will be especially valuable for portfolio managers.

With the launch of our new fund, Evenlode Global Equity, we focused on attributes shared by serial outperformers and created a checklist of three key factors. Firstly, a company must have exposure to a market in structural growth. This should justify a sustained increase in demand for the company’s products and services over a significant period, rather than a cyclical surge or temporary fad. Secondly, the company must have a durable competitive advantage. This should create barriers to entry and encourage customer loyalty. Finally, the company must have the ability and willingness to invest behind the competitive advantage. This allows the company to take advantage of growth opportunities. Importantly though, maintaining long-term performance and high returns on invested capital requires all three. To understand why, we use a few thought experiments and borrow from the German mathematician Carl Jacobi, “man muss immer unkehren” or “invert, always invert”.

Consider the first factor, structural market growth. Taking the inverse, can companies in a declining industry outperform the market over the long term? Imagine a company, DeclineCo, in a failing industry, and grant that DeclineCo has both a strong competitive advantage and the resources to invest behind that advantage. DeclineCo’s superior product attracts more customers and it consolidates the industry, as competitors are acquired or go out of business. The company builds market share. Eventually, DeclineCo is one of a few firms left sharing the spoils in an oligopoly with no further consolidation possible. Now what? Industry revenues are declining and winning share from a rival is prohibitively expensive. It is now overwhelmingly likely that incremental returns on capital will decline from here and business performance decline.

A structural growth driver can allay this fear by providing a continued opportunity for demand expansion. For example, Mastercard benefits from the society’s move to a cashless economy, which is expected to drive increased demand for many years. Alternatively, companies can pivot to adjacent markets. Microsoft’s transition to cloud has provided an excellent growth opportunity beyond operating systems and business software, while importantly its existing strengths in these industries have eased the growth of its Azure subsidiary.

Next, consider the competitive advantage factor and again invert. Imagine DisadvantageCo, a company that competes with several stronger peers and has few barriers to entry. The company operates in a structurally growing industry and is both able and willing to invest sustainably. Again, our imagined company does well at first. Competition is weak as there are plenty of new customers to share. DisadvantageCo invests and enters new geographies, earning attractive returns on investment. Now what? Those high returns attract new entrants and existing customers have a wide range of superior competitor products to select from. As customer churn increases, price competition intensifies, marketing costs rise, and returns on investment fall. It becomes harder for DisadvantageCo to compete and we would expect returns on capital to converge with the cost of capital.

Companies with a competitive advantage and high barriers to entry can delay the decline in return on investment for a surprisingly long time. The advantages can come in many forms. Mastercard has a two-sided network effect between merchants and acquirers. LVMH has historic luxury brands that resonate with consumers and have long and storied histories. Microsoft has switching costs, as businesses are unwilling to move outside of the Microsoft ecosystem due to required retraining of staff and fears of losing file compatibility. In all cases, a new entrant would struggle to replicate the competitive advantage, making competition with the incumbent an unattractive proposition.

Finally, examine the importance of sustainable investment factor and again invert. Now imagine DrainCo, a company that cannot sustainably invest, as management are running the business as a “cash cow”, slashing costs to fund shareholder returns.  At present, the company has a structural growth opportunity and a competitive advantage, so it is well positioned to compete. At first, DrainCo wins share, extracting every penny of free cash flow from its new revenues with lean processes in order to boost returns to shareholders. The low investment prevents DrainCo from creating new revenue opportunities, but the existing market position is secure as barriers prevent new entrants. Now what? DrainCo fails to invest in innovation and the distance between the product served and the potential product grows. This innovation gap is the primary ingredient for disruption. While DrainCo dominates the current market, a new entrant jumps technological generations ahead, better addressing consumer demand and creating a new market where DrainCo cannot compete. DrainCo’s capital structure and lack of an innovative culture means it cannot catch up. It is particularly difficult for DrainCo to close the gap as they are forced to cannibalise their highly optimised and consequently high profit legacy businesses.

Companies that focus too much on immediate returns are not acting in the interests of the long-term shareholder. Microsoft came close to falling into the disruption trap in the noughties after failing to invest initially in cloud technologies, but redirection of the R&D budget and improvements to the development culture enabled a recovery. Had Microsoft not succeeded with Azure, it is possible that this might have been written in Open Office (Google’s cloud-based equivalent of Word). Similarly, the brands of LVMH require continual investment to ensure they do not lose their lustre.

While these thought experiments have the feel of a rigged “Choose Your Adventure” tale, they illustrate why the combination of all three key factors are needed to achieve long-term returns. In all three scenarios the inverted companies initially performed well before the absence of specific factor led to their downfall. The lesson for investors who seek to leverage the power of compounding is that understanding the factors that are driving growth is an absolute necessity and the returns on careful analysis are significant.

This brings us back to the Australian rabbits. The Australian continent was being transformed agriculturally in the late 19th Century, with increased farming providing additional food for both native and invading species (market growth). Without any natural predators in their new environment, the rabbits had a material advantage over native species (competitive advantage). And it goes without saying, that the rabbits had the ability and willingness to multiply… well, like rabbits (sustainable investment). When Thomas Austin requested the rabbits to be sent from England, he wrote “the introduction of a few rabbits could do little harm and might provide a touch of home, in addition to a spot of hunting”. The estimated population of rabbits in Australia peaked at 10 billion.

Please note, these views represent the opinions of the Evenlode Team as of 14th May 2021 and do not constitute investment advice.

Past performance is not a reliable indicator of future results. The value of investments can go down as well as up, and investors may not get back the money they invested. Current forecasts provided for transparency purposes, are subject to change and are not guaranteed. 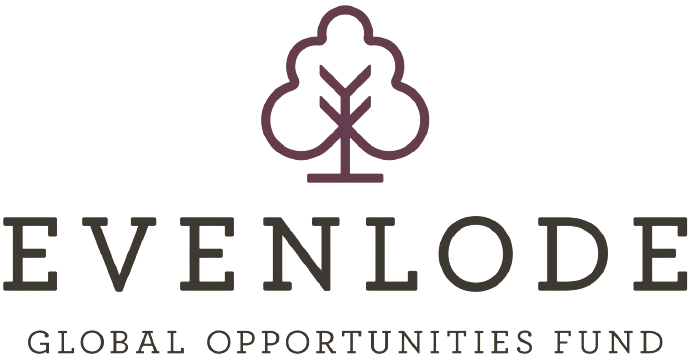 Replicating the TB Evenlode Global Equity Fund, but with an Irish domicile, aiming to deliver capital growth with less volatility than the market. 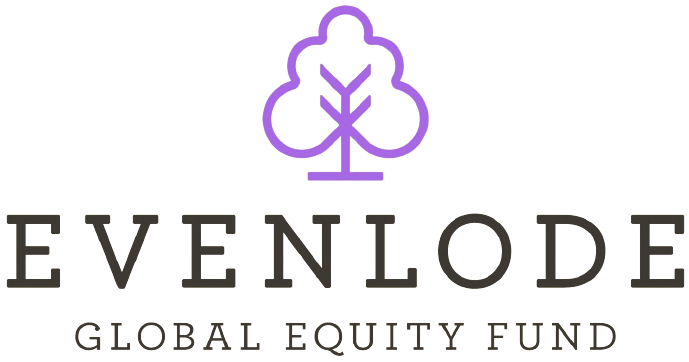