A Marathon Not a Sprint

A Marathon Not A Sprint

In 1926, economist George Taylor proposed the Hemline Theory, suggesting that the hemlines on women’s dresses tend to rise and fall along with stock prices. So, for instance, the fashion was for long dresses during the austerities of the 1930s and the 1950s, and for mini-skirts in the booming 1960s.

I am not necessarily suggesting we are in mini-skirt territory today, but investor hemlines are unquestionably rising. This is underlined by several recent stock market trends:

These trends all reflect a market in which investors are becoming increasingly concerned about the risk of underperforming a rising market rather than the risk of losing money. How things have changed since 2008-9, as Seth Klarman pointed out recently:

The survivors pledged themselves that they would forever be careful, less greedy, less short-term oriented. But here we are again, mired in a euphoric environment in which some securities have risen in price beyond all reason, where leverage is returning to rainy markets and asset classes, and where caution seems radical and risk-taking the prudent course. Not surprisingly, lessons learned in 2008 were only learned temporarily.

The Role of Risk Management in Long-Term Compounding

Ben and I view the Evenlode fund as a multi-year compounding project still, at four and half years old, quite early in its life. When viewed from this perspective, managing risk in the portfolio is an important element of mitigating drawdowns, and thereby retaining solid foundations for positive compounding in future years. This is the case in good times and bad (i.e whatever the current mood of the market). We like to be insulated from as many outcomes as possible (at both a company and a macro-economic level), rather than predict one or two outcomes and place big bets accordingly.

In particular, we are keen to avoid drawdowns that are not recovered (i.e. the share price falls and never recovers again). The two main ways in which an investor can become exposed to this unpleasant scenario are by taking too much valuation risk or too much fundamental risk.

We have a careful approach to cash-flow valuation. In terms of fundamental risk, below our three main elements to which we give considerable thought:

Limiting financial leverage is central to our process: we aim to identify companies that, thanks to strong long-term franchises, can generate high shareholder returns and dividend growth without recourse to utilising high levels of financial leverage. As a result, the fund’s underlying companies are significantly less leveraged than the UK market*. When we think about leverage, we are interested not just in how much interest-bearing debt a business has, but in all the creditors a business utilises relative to its equity funding.

Leverage tends not to be a particular focus for investors in better times. But when times get tough, it is much better to be a self-sufficient business, funded by internally generated cash-flow. A heavy reliance on the kindness of strangers when times are tough is risky and can end badly.

In a highly leveraged business, as Russell Napier has put it, equity is the fine sliver of hope between assets and liabilities. Not, in other words, a great foundation for generating long-term compound returns.

The Evenlode portfolio has a strong bias towards companies with low-ticket, repeat purchase items and recurring revenues. We like companies whose customer base is well entrenched and loyal, and we like mature industries where competition is rational. We also prefer products and services which society is likely to continue to value for at least the next decade or two (toothpaste, ice cream, cancer therapies, artificial hips, accountancy software, data analytics, IT and engineering consultancy, beer, whisky, condoms etc.). On the subject of whisky, I re-watched David Lean’s interwar drama This Happy Breed recently. Franky (the man of the house) has a visit from his old First World War pal, Billie, and they end up knocking back Johnnie Walker and reminiscing in the cupboard under the stairs. Now there’s a brand with longevity….

All these preferences add up to a portfolio that generates significantly more stable profitability than the average company. This is not to say we avoid businesses with less stability (we are attracted to the asset-light business models of recruitment, media and engineering companies for instance). But for these businesses, we much prefer them to have low levels of financial leverage. And the higher the economic sensitivity, the lower the leverage levels we are willing to tolerate. A combination of high cyclicality and high leverage can be a lot of fun when times are good, but very unpleasant when times are tougher.

As the market ‘revs up’, management teams are under pressure to utilise cheap debt to take on more leverage – whether it’s to make acquisitions or return lots of money to shareholders. In this context, we think a preference for prudent management teams that are good stewards of investor’s capital is more important than ever. This is not to say that we are necessarily against acquisitions. Some acquisitions are sensible from both a strategic and a financial perspective. But we look for clues that suggest management has a history of carefulness with investor capital. We are more interested in action than words, in this regard. Return on Total Capital is an important metric for us, which includes all goodwill from acquisitions, as well as any organic investment in the business. We also favour companies that actively embed the concept of return on capital into their operational and incentive structures. Finally, management teams that have ‘skin in the game’, owning a substantial chunk of equity in the company they run should (you would hope – though not always the case!) be more likely to behave themselves. Reckitt is a good example of a company that takes equity ownership seriously. Senior management are required to hold equity equivalent to 7 times their annual salary.  CEO Rakesh Kapoor owns stock worth nearly 30x his base salary. While there is no copper-bottom way to avoid poor capital allocation from time to time, meaningful ownership stakes help focus management’s minds.

A Marathon Not a Sprint

As a result of our preference for lowly leverage, more stable companies, Evenlode is dressed rather demurely for the 2014 season (relative to current fashions at any rate). The ‘long dresses’ in our investable universe currently consist mostly of stable and consistent larger companies (the fund has the highest exposure to this area as it has since launch, with large companies representing 85% of the current portfolio). In particular the current allergic reaction to emerging markets is providing opportunities, at the margin, to add to excellent, globally diversified franchise businesses such as Unilever, Procter & Gamble and Diageo, which have fallen from fashion of late.

These large, stable companies do not simply represent portfolio padding. They are asset-light businesses with good long-term dividend growth prospects, and on our estimates should provide attractive total returns if held for a sensible time period.

We like to view investing as a marathon not a sprint, and our focus on risk mitigation is the way in which we pace ourselves. This attitude is based on the fundamental idea that if you look to avoid bad losses, the returns tend to look after themselves over the long-run.

Warren Buffett is always good on the subject of the long-run. He had the following to say last week, when asked whether investors should be worried about the current crisis in Crimea and the slowdown in emerging markets:

I would bet a lot of money that the income from a diversified group of stocks will increase significantly over the next ten or twenty years. Today’s headlines won’t make any difference to that. Stocks can go up and down – they will always go up and down. But good American businesses will move forward over time, and dividends will move forward with them.

We’re with Warren on this one.

With my parochial hat on, I’d add a word for the long-term prospects for great British businesses too.

Please note, these views represent the personal opinions of Hugh Yarrow as at 19 March 2014 and do not constitute investment advice.

*Total leverage (assets to equity) for the portfolio is c3.5x, versus c7x for the UK market (Source: Factset). 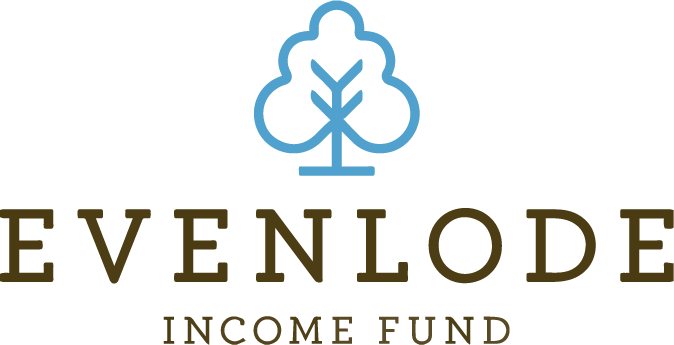